All content on this site is available under the Creative Commons Attribution 4.0 International license:

Math Puzzle from March 29, 2019
Can you solve a differential equation in electrical engineering?
Written on March 22, 2019 by Noble Mushtak

The following was a puzzle presented to Marshwood GT students on March 29, 2019. Have fun doing math!

In this riddle, we're going to look at an RC circuit, which is a circuit with a charged capacitor and a resistor in a series circuit: 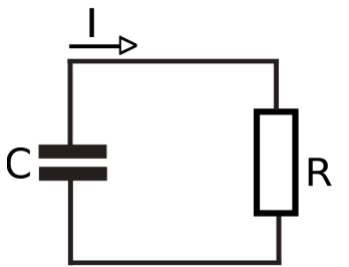 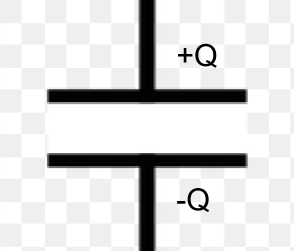 Now, solve for the potential difference across the capacitor.

Part 1: Now that we've covered capacitors, let's move onto resistors. In high school physics, many of you learned about Ohm's Law, which says that the current flowing through the resistor is:

Now, solve for the voltage potential drop across the resistor.

Part 2: Kirchoff's loop rule says that around any loop in an electrical circuit, the sum of voltage sources, or EMFs, equals the sum of voltage potential drops. Thus, using your answers from Part 0 and Part 1, write down the differential equation that you find from Kirchoff's loop rule. Then, solve the differential equation for \(Q\) as a function of time \(t\), using the initial condition \(Q(0)=Q_0\).

Waiting to get the comments...

If you see this message for a long time, make sure JavaScript is enabled in your browser.

Remember that this is simply a light-hearted chat center where everyone is anonymous and can pretend to be whoever they want, so don't take things too seriously and have fun! (I reserve the right to edit or delete any chat comment, especially if the comment is spam or offensive.) Also, you can read the Privacy Policy here.