All content on this site is available under the Creative Commons Attribution 4.0 International license:

The following was a puzzle presented to Marshwood GT students on February 15, 2019. Have fun doing math! 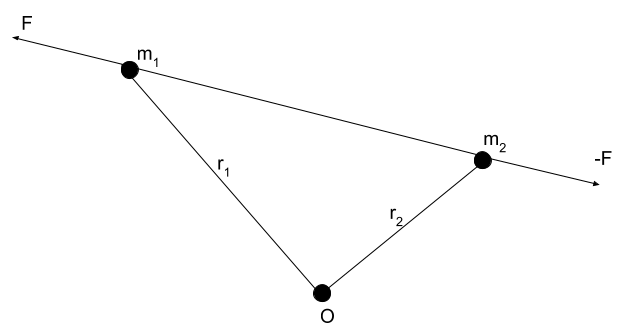 Given that there are no external forces acting on the system, explain why the force acting on \(m_2\) must be equal and opposite to that acting on \(m_1\). Moreover, explain why both force vectors must be parallel to the line between \(m_1\) and \(m_2\). 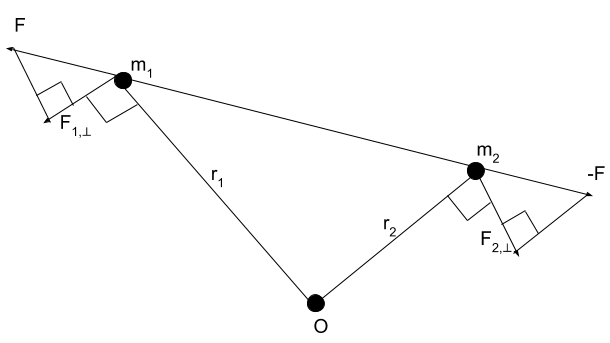 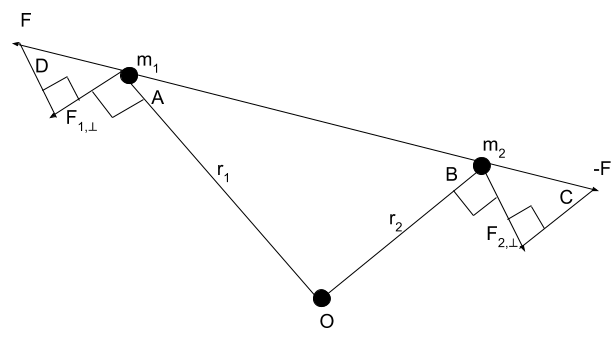 Finally, we've labeled four of the angles in the diagram: \(A,B,C,D\). Using your knowledge of geometry and trigonometry, show that:

You do not need Law of Sines to prove either of these equations. Note that \(\lvert \vec{F}\rvert\) represents the length of the force vector \(\vec{F}\).

Use this equation to prove the Law of Sines:

Waiting to get the comments...

If you see this message for a long time, make sure JavaScript is enabled in your browser.

Remember that this is simply a light-hearted chat center where everyone is anonymous and can pretend to be whoever they want, so don't take things too seriously and have fun! (I reserve the right to edit or delete any chat comment, especially if the comment is spam or offensive.) Also, you can read the Privacy Policy here.